Notes on the Origin of the Department

In 1935 Philemon Edwards Church (known universally as Phil Church or P.E. Church), who had earned an M.A. at Clark University was appointed to the Geography faculty to teach Climatology. He received his PhD. from Clark in 1937. While teaching Physical and Regional Climatology from 1935 to 1941 he was active in observational research and became one of the faculty members affiliated with the Oceanographic Laboratories. Other faculty members included Director of the Laboratories, Thomas G. Thompson, Professor of Chemistry; Clyde (?) Utterbach, Professory of Physics; Arthur Martin, Professor of Zoology; Rex Robinson, Professor of Chemistry. They used a small research vessel, the Catalyst, in a variety of research projects based in Puget Sound. Church carried out measurements of air-sea differences in temperature and humidity that led to papers given at national meetings and a number of published papers. He taught a summer course in Oceanographic Meteorology at Friday Harbor for several years. He also made systematic observations of snow depth and density at sites in the Cascades over a number of years. These several activities can be recognized as forming the base of later Departmental programs in air-sea interaction, boundary layer processes, and glaciology.

When the wartime program of training of meteorologists was instituted in 1941 Carl Rossby invited Church to teach Climatology at the University of Chicago. For the following 3 years Phil carried out observational studies over Lake Michigan using the ferry boats that regularly plied the routes from Milwaukee to Muskegon and Manitowoc to Manistee. Late in 1943 he was recruited to head the meteorological monitoring program from the Manhattan Project at Hanford. When the war ended he returned to the UW but continued active involvement in leadership of the Hanford Program.

Church’s research emphasis on physical observations tended to separate him for the rest of the Geography Department and especially from its Executive Officer. Tensions increased until in 1947 Church gained the support of Dean Lauer and President Sieg in creating a new Department of Meteorology and Climatology. William Schallert, whom Church had known as a student at Chicago, was appointed as an Instructor to teach Synoptic Meteorology and Forecasting; and Joe Mattingly from the Hanford group was appointed to a sub-faculty position, whose title I’ve forgotten. During the following year plans for the Department were further developed and a new faculty appointment was approved. The subsequent development of the Department is summarized in Chapters 2 and 8 of my Eyewitness: Evolution of the Atmospheric Sciences. 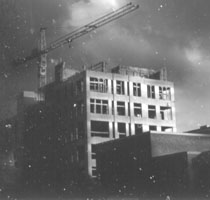 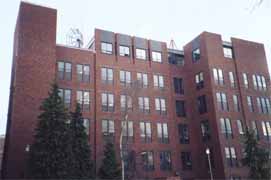